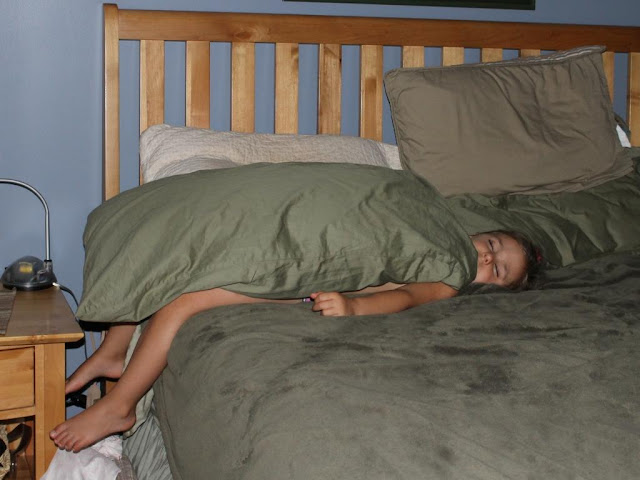 Tonight I had a fantastic 28 mile bike ride with some of my awesome friends.
Then I had to run a few errands.  When I arrived home around 8:30 this is where I found our little Beanie.  She had climbed into bed with her Daddy to watch PBS and the tired (almost naked) little girl fell asleep in 2 minutes and chose to fall asleep like this.

TOO DANG CUTE!!
Posted by Judith Kaufman at 9:00 PM No comments: 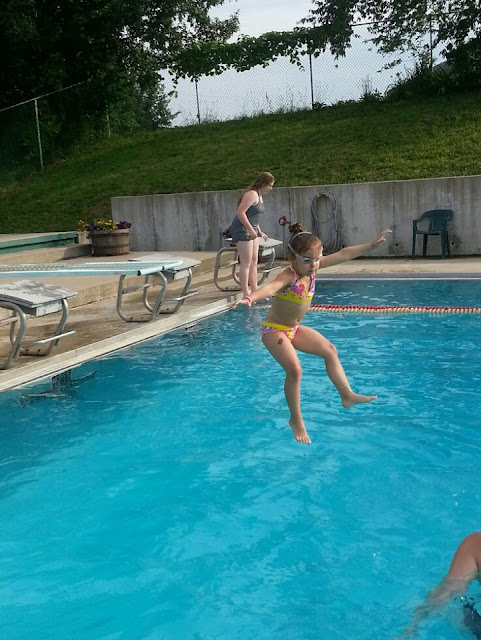 Tonight she jumped right off the big diving board (springboard).
~~~~~
A special thanks goes out to her friend Carrie, who is fearless and went first.
Alli really didn't think much of going after she saw Carrie do it.

I guarantee if Carrie wasn't there and I had tried to coax her into jumping it would NOT have happened.  She would have over thunk it and chickened out!!
﻿
Posted by Judith Kaufman at 7:30 PM No comments:

Posted by Judith Kaufman at 3:07 PM No comments:

A Quick Visit to Grandma and Grandpa's

Posted by Judith Kaufman at 9:00 PM No comments:

Tonight Alli, along with some of her friends from Walnut Street Day School, participated in the CTC youth track meet.
Carrie and Alli raced the 400 meter race and placed forth and fifth.  No doubt they would have placed higher but unfortunately they started in lane 8.
(Next week we will make sure to start in lane 1.)
﻿
Carrie also chose to run the mile race which is really meant for the older kids.  She ran a very impressive 9 minute mile and made it look effortless.
Being the only 4 year old to compete she took first place in her age group!
Posted by Judith Kaufman at 8:00 PM No comments:

Today, my friend and running buddy Stina and her husband Aaron had a sweet little baby boy that they named Isaac Reed Sanderson!! 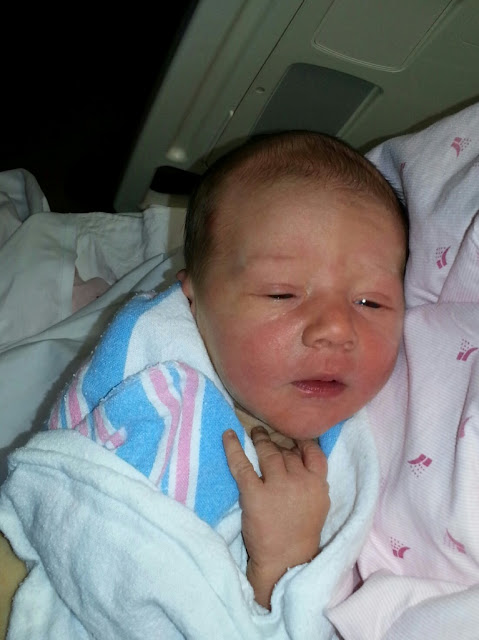 Posted by Judith Kaufman at 7:03 PM No comments:

The Girl is NO Wimp!

After work Alli and I went up to the high school to practice her 400s for her up and coming race series.
After a warm up lap (2:45) she posted a 2:41 and then a 2:32.
I think that's pretty good for a 5 year old.
Best of all, she thinks running one lap around the track is no big deal!

Next we headed over to the pool.  The high temperature for the day was only 71 and by the time we checked in at Machers I am sure it had dipped down into the 60s.
BRRRR
She had the pool to herself!! 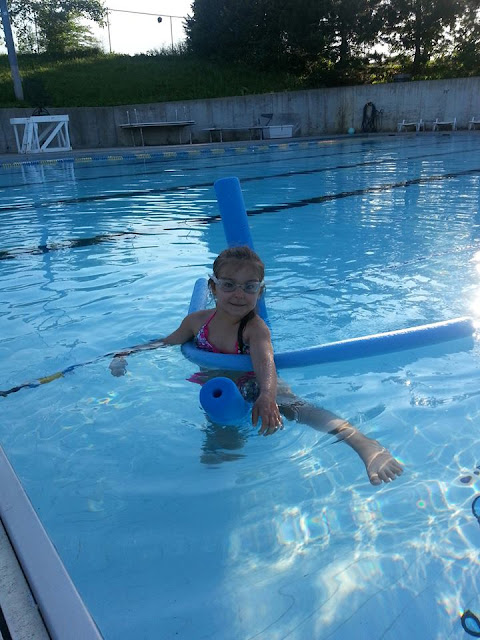 After swimming we went to White Castles for dinner.
(I had a craving.)
I ordered two double cheeseburgers and fully expected that Alli would take one look at hers and say "no thanks" and I would end up eating both.
I was WRONG.
She loved it and devoured it in no time.
She commented that it had a pickle more than once.﻿
You just never know!

Posted by Judith Kaufman at 8:00 PM No comments:

Posted by Judith Kaufman at 1:51 PM No comments:

Due to the flooding, we had to drive home the long way last night. On the drive Alli told me her other bottom tooth was wiggly and she needed to eat an apple. I just happen to have an apple in my lunch bag so I passed it to her.

For the next 20 minutes she munched that apple until she grew weary of it and bequeathed it to me to finish.

At home she selected macaroni & cheese with a side of mixed fruit for dinner. Her first bite was into a strawberry and she howled because the tooth finally gave way. I came running to find her with her little hand stuffed in her mouth….wiggle….wiggle….yank and out popped her second baby tooth. (Her lower left.)

She handed it to me and then asked with some urgency if she could gargle with salt water; a trick her teacher at school had taught her just last week when her first baby tooth was extracted. I quickly made up some warm salt water and we went to the bathroom to gargle and look in the mirror.

Then Daddy came home and we told him the whole story. Dinner was finished…..groceries put away….TV watched.

This morning we got up and Alli was talking about how she does not want to give her teeth to the tooth fairy, she wants to keep them. Her first tooth is tucked safely away in a fancy box on her dresser.

I then asked her where the new tooth is. She paused and said “I don’t know?” (I honestly thought she had put it somewhere.)
The last place I saw it was on the kitchen table so we rushed in there to take a look. Nope, no tooth. By now the girl was frantic. Daddy said he may have wiped the table off. I know I cleaned up after dinner and may have not realized the tooth was there. Rats…this is not good.

We looked high and low but no sign of the tooth. Daddy, bless his heart, even dug through the trash bin. Alli surmised that the tooth fairy must have came in overnight and took it and asked me if I could call her on my phone and ask for it back. (How darn sweet is that?)

I told Alli that I did not have the tooth fairies phone number or I would do just that. She then began to cry and through her sobs she proclaimed “I just know she already turned it into pixy dust!”

She was so heartbroken and I felt just sick that I had not put it in a safe place…after all I was the grown up in charge.

We consoled her as best we could and told her it still may show up. We promised to do a much better job with the next tooth which will no doubt be a front top tooth and they are the most valuable. Right?

She calmed down and seems fine now.

Posted by Judith Kaufman at 12:34 PM No comments: 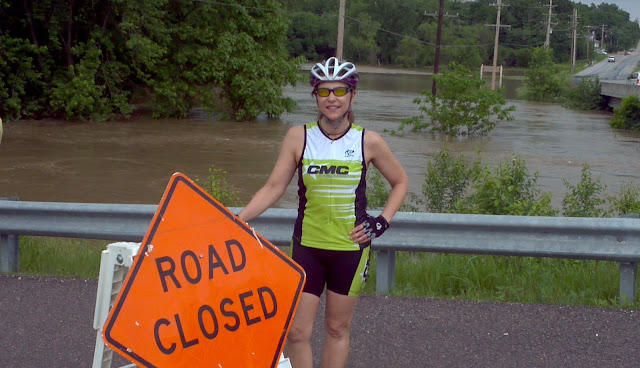 Got off work a bit early so took the bike out to see the flooding.
Here I am at Scott Blvd. with the MKT parking lot behind me looking like a river!
Water was over the road, but it was shallow enough to ride through.﻿
Posted by Judith Kaufman at 2:26 PM No comments: